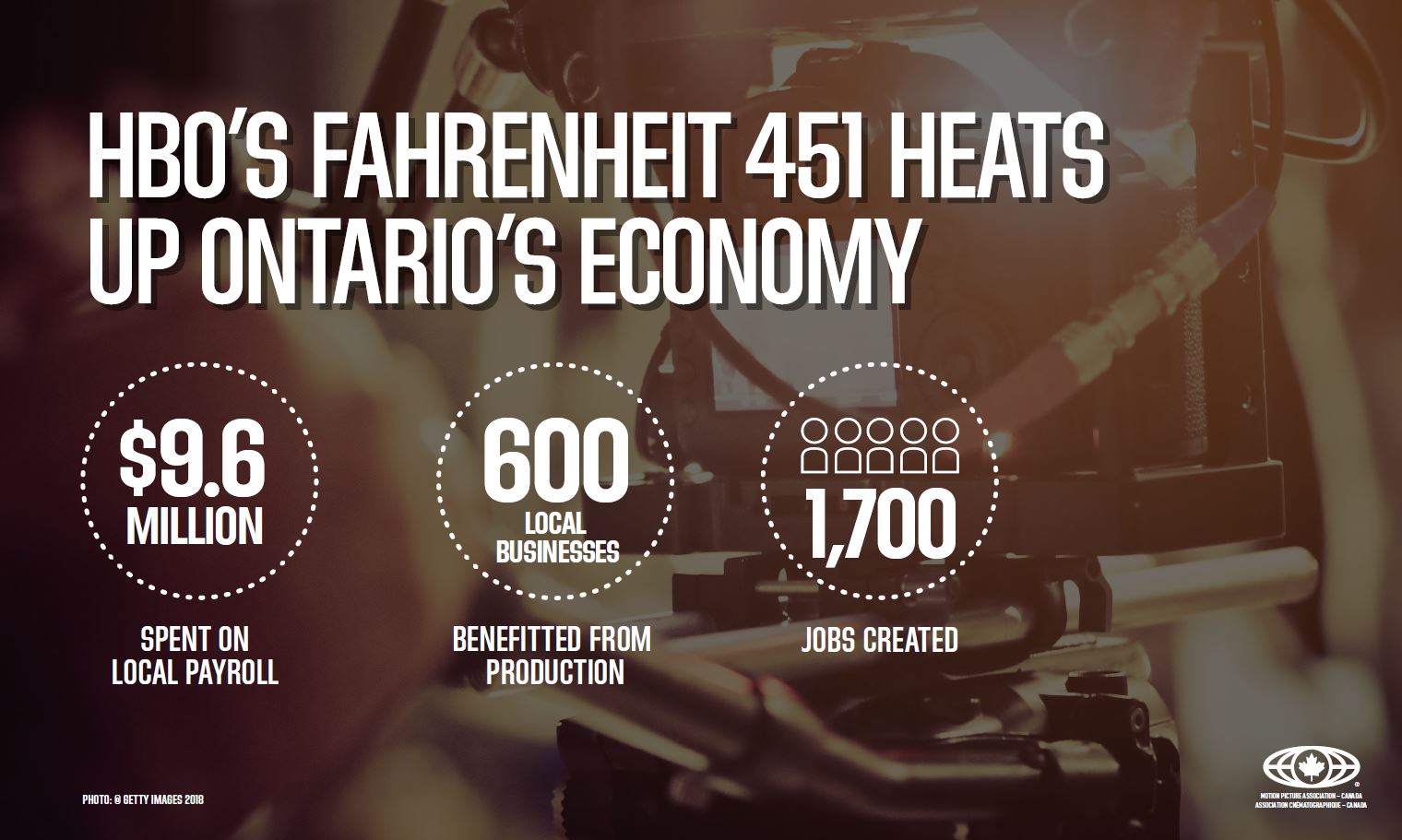 Economic data released today shows the financial impact HBO’s upcoming Fahrenheit 451 had on the province of Ontario. Over the course of filming, the production hired 1,700 Canadian cast, crew, and extras, spending more than $9.6M on local wages.

Starring Michael B. Jordan, Michael Shannon, Sofia Boutella and Toronto’s Lilly Singh, the dystopian sci-fi adaptation was filmed in and around Toronto and Hamilton in 2017. While in Ontario, the production benefitted over 600 local vendors and businesses spending more than:

“Our film, television and digital industry is an important economic driver for us in Toronto and it’s clear when you look at the economic impact of a production like HBO’s film adaptation of Fahrenheit 451,” said Mayor John Tory. “We have tremendous Toronto talent in front of and behind the camera. We will keep working with our industry partners like HBO so they have what they need to create jobs, attract talent and contribute to our economy.”

“On behalf of the filmmakers and HBO, we sincerely appreciate the incredible support from Mayor Tory and everybody in Toronto who helped to make ‘Fahrenheit 451’ a success,” said Jay Roewe, HBO Senior Vice President, Production.

“Toronto was a great location, providing us access to unbelievable talent and crews,” said David Coatsworth, Producer, HBO’s Fahrenheit 451. “The City and the communities we filmed in were incredibly welcoming to our production and we loved working with the great production infrastructure and resources that Ontario has to offer.”

“The figures released today demonstrate how many talented local men and women working in front of and behind the camera, and a variety of local businesses benefit from a single production like HBO’s Fahrenheit 451,” said Wendy Noss, President, Motion Picture Association – Canada. “It is no wonder the vast majority of Ontarians believe that film and television production is a significant and growing part of Ontario’s economy.

Fahrenheit 451 will be released on May 19th.